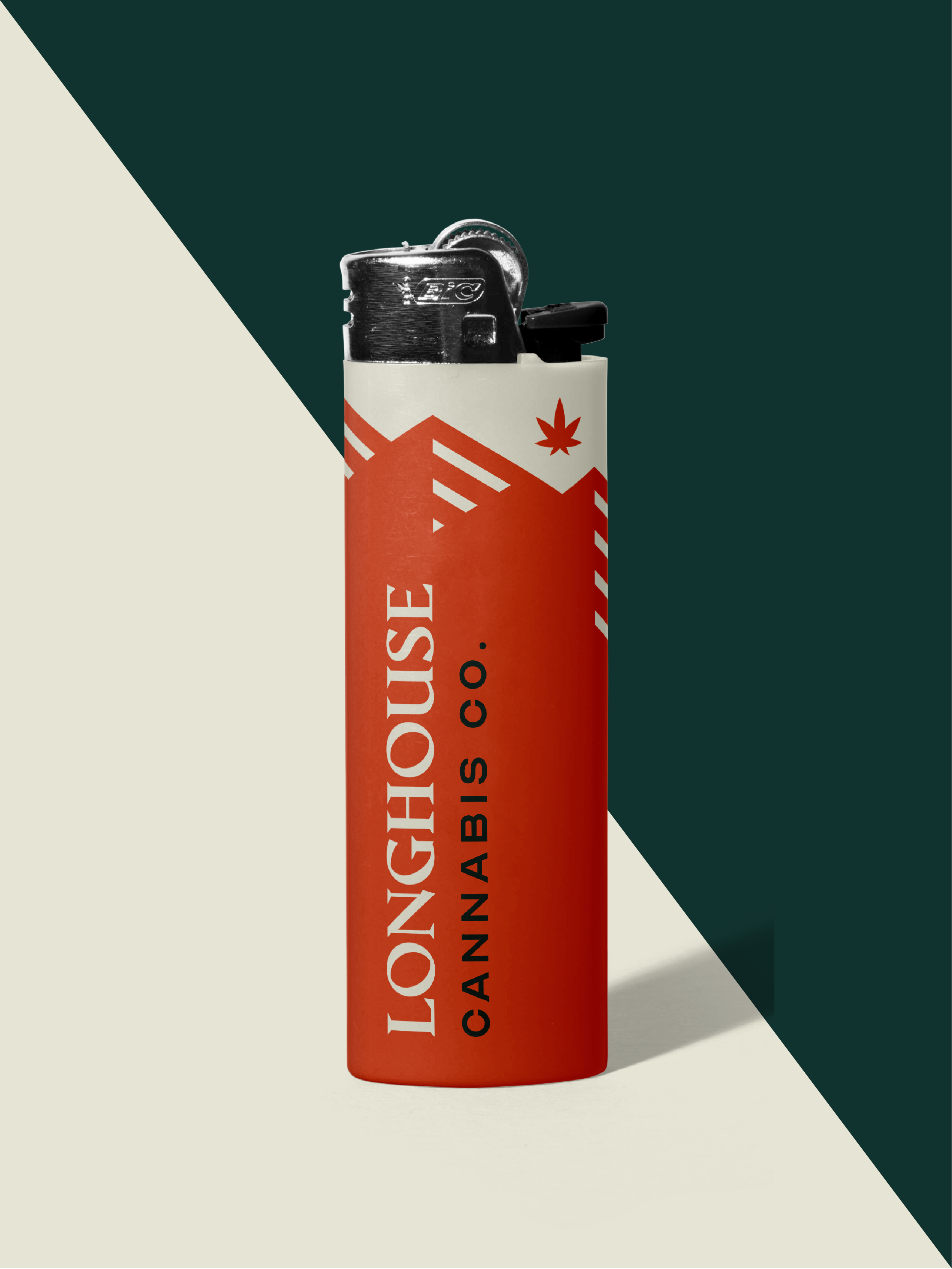 “Ahahswinis is the first micro cultivator in Canada to be 100% owned by a First Nation and receive a Health Canada Licence.”
Longhouse Cannabis is an 100% Indigenous-owned micro-cultivation company, an initiative of Hupačasath First Nation on Vancouver Island. Small batch, hand finished, West Coast whole flower cannabis. Longhouse Cannabis is grown to be enjoyed and appreciated by everyone.

In October of 2020, Hupacasath First Nation set out to create a cannabis company as an owned source of revenue for their community.

They chose the name “Longhouse” to represent the site of their original village which housed a natural clearing with traditional longhouses built around it.

In partnership with UpHouse, a local Winnipeg creative agency, we spent weeks diving into the rich Hupacasath heritage and peoples, learning about their history, language and culture to create a meaningful brand identity.

The logo mark was inspired by the intersection of nature and the Hupacasath community, creating the perfect symbol of craft cannabis. It depicts a longhouse village in the traditional architectural style and village layout – complete with a clearing in the middle.

The background elements can either be viewed as a mountain landscape and sky, or as Vancouver Island itself including the water between the mainland.

The topographic maps we came across during our research showcased elevations and mountain peaks, which inspired the little cannabis leaf found in the map illustration.

We also saw a juxtaposition between a mountain landscape and a cannabis “nug” with the “nug” almost looking like a mountain peak itself. This inspired some of the shapes and landscapes used in the supporting brand elements.

The brand identity the Little Ghost Creative and the UpHouse teams presented was not only aesthetically pleasing but most importantly, rooted in the Hupacasath traditional culture and symbolism. The logo variations we delivered also give the brand flexibility, as it can be placed on a larger banner or minimized for use on smaller brand materials and packaging.

Ahahswinis Green Investments would be Canada’s first 100% Indigenous-owned micro-cultivation company, with profits directlyimpacting the 75 households on the Ahahswinis reserve on which the cannabis facility was built.All other cannabis companies, to that point, were partnerships between Indigenous and non-Indigenous organizations.

Longhouse Cannabis Co., built in partnership with Delta9 and UpHouse Inc., won Best Brand Identity and Best Logo / Wordmark at the 2020 / 21 Signature Awards by the Advertising Association of Winnipeg.